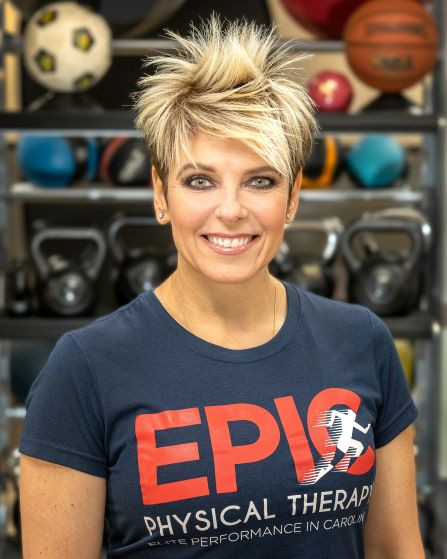 Originally from Michican, Heidi has lived and traveled across the US and Europe, living in California, New York, Indiana, Missouri, Alabama, and England. She grew up singing and dancing, which led her to move to California to pursue a career as an entertainer. She performed in shows in California, Las Vegas, New York and also on Princess Cruises. After bilateral hip replacements ended her entertaining career, Heidi came to EPIC PT for her rehabilitation and quickly developed a passion for health and fitness.

Having been a patient after multiple orthopedic surgeries, Heidi understands what it's like to rehab an injury and can easily relate to those who are fighting through pain. Since EPIC PT's inception, Heidi has worked with our great therapists as a Physical Therapy Aide, and her compassionate care and positive encouragement makes her an invaluable asset to our team as our new Director of Patient Relations.